More than 26 vehicles got tangled up in a series of chain-reaction pileups along a stretch of Boynton Beach in Palm Beach County, injuring at least 17 people, state police said. 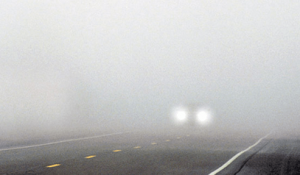 The pileups in Riviera Beach near Hypoluxo involved several cars, a school bus and a tractor-trailer, a FHP spokesman said. He said some of the injuries were serious.

Florida Highway Patrol said, the crash was the biggest in Palm Beach County.

An occupational therapist from Delray Beach, said her car was sideswiped amid the pileup, which sent cars and trucks spinning. The therapist, who was not injured, said a logging truck came dangerously close to hitting her and spun off into a ditch.

Two hospitals reported taking in 19 patients, some in serious condition. One person at the scene of the crash had a heart attack and some people suffered broken bones, police said. Two students and two adults on the bus were shaken up but not injured.

Police said, the weather is likely the cause of the crash but is still being investigated.