Helen Franklin of Port St. Lucie was biking when a 2003 Honda crashed into her, said a Florida Highway Patrol spokesman and the St. Lucie County Sheriff’s Department. 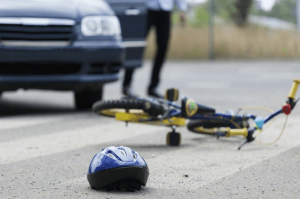 The Florida Highway Patrol is investigating the crash.

Helen’s condition was described as stable, according to an Assistant Chief and spokesman for Indian River County Fire Rescue.

The car was driven by a 36-year-old man from Indian River County. The driver and a passenger declined medical treatment at the scene, the spokesman said.