The Florida Fish and Wildlife Conservation Commission (FWC) disclosed that a vessel accident occurred when a boat was heading north on the Indian River in the intercostal waterway and slammed a channel marker. 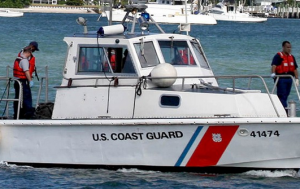 The boat had six occupants. When the vessel had struck the channel marker, a 19-year-old man and two other passengers, all from the Vero Beach in Indian River County, were ejected into the water. First emergency responders arrived shortly after the accident, located the victims and pull them from the water.

The 19-year old man and another passenger were both transported to the Indian River County Medical Center by an ambulance.

Two of the victims had been confirmed dead at the hospital due to blunt force trauma sustained during the accident. The other passenger had sustained lacerations to his spleen and other possible internal injuries.

The Indian River County officials said they are still investigating the accident.

The identities of the victims still remain withheld as investigations on the accident are still taking place, Indian River County officials said.

Accident attorney Jason Weisser of Schuler, Halvorson, Weisser, Zoeller and Overbeck responded to this unfortunate crash. “This is a serious boat accident involving 6 boat passengers, which ultimately, resulted in the death of two people and critical injuries to others. We hope the investigators can quickly determine what caused the boat accident. Please be careful and obey the speed limits whenever you are driving a motorcycle, car, SUV or truck. We hope that all parties involved consult with an experienced trial lawyer. If you have been injured in an accident, call my office for a free consultation and find out what your rights are.”