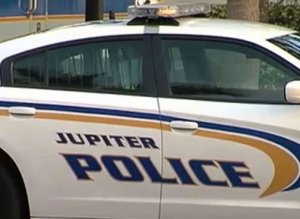 Emergency first responders were on scene after a deadly crash occurred on State Road 811, north of Donald Ross Road. Officers of the Florida Highway Patrol placed a barricade across the northbound lane of the road to prevent contamination of the crash scene.

According to the FHP, the accident occurred in the early hours of the night. It began when a 35-year-old woman was driving a Honda Accord on the northbound lane of State Road 811. Subsequently, she swerved into the neighboring lane and rear-ended a Chevrolet Cavalier sedan.

Consequently, the Chevrolet Cavalier suffered irreparable damage. Firemen on the scene worked around the clock to evacuate the two occupants from the mangled Chevrolet. Emergency responders transported the Chevrolet driver to the hospital with multiple injuries.

A front seat passenger in the Chevrolet, a 24-year-old woman, sustained severe injuries in the crash. EMS rushed her to the hospital in critical condition. Sadly, she succumbed to her injuries and was pronounced dead a few hours later.

Occupants in the Honda Accord did not suffer any injury, but the driver of the Mazda sedan did sustain minor injuries; hence, EMS transported the driver to the nearest hospital for treatment.

Police do not suspect impairment to be a factor in the crash; however, they are considering speed and reckless endangerment, a spokesperson for the FHP said.

Authorities have not released the identities of those involved nor any additional information at this time.

Accident attorney Jason Weisser of Schuler, Halvorson, Weisser, Zoeller, and Overbeck responded to this unfortunate crash. “This was a fatal accident involving three vehicles which ultimately led to the death of a Fort Myers woman. Our condolences to the victim’s family and friends. Additionally, we wish the other persons involved a speedy recovery. Please be cautious and remember to observe all traffic laws to ensure your safety. We hope all parties involved consult with an experienced trial lawyer. If you have been injured in an accident, call my office for a free consultation and find out what your rights are.”