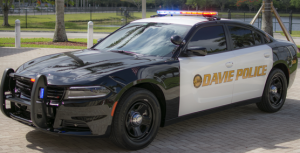 A Florida Highway Patrol sergeant tells the SunSentinel and the Post that Josephine Vladimir, 27 had stopped south of Royal Palm Boulevard in Broward County. As she walked along the paved shoulder of the southbound lane, she was struck by a passing car.

The 42-year-old driver of the car which had struck the Davie Police Sergeant was still at the crash scene cooperating with Broward County police officials and the Florida Highway Patrol.

It is still unclear what had triggered the incident, but it is believed the 42-year-old driver wasn’t under the influence of either alcohol or drugs.