A 37-year-old Royal Palm Beach woman was critically injured when a car she and her friend were driving slammed into the back of a Honda Accord, a Palm Beach County Sheriff’s office reported. 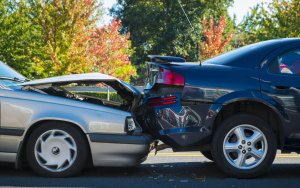 Jessica David was a passenger injured in the car which had crashed, a sheriff’s report revealed.

The Royal Palm Beach driver was injured during the crash, which had taken place on the 8500 block of Belvedere Road in suburban West Palm Beach, the report said.

According to the report, the driver was speeding in a 2005 BMW. He had lost control of the car and it started to spin, then it went up on the center median and later crash into the Honda Accord, throwing both individuals in the BMW out of the vehicle.

The driver was taken to St. Mary’s Medical Center in West Palm Beach, where the report revealed that he was in critical condition. No update on his current status was immediately available.

The driver of the Honda Accord was listed in critical condition in a hospital in Palm Beach Gardens.

The Palm Beach County School District said, Jessica had attended a charter school but  failed to provide any further details.

The sheriff’s reported that no charges had been filed as sheriff deputies are still investigating the crash.