A 5-year-old girl died after being struck by a pickup truck in the parking lot in Broward County, authorities said. 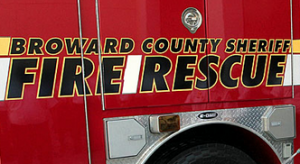 The girl was identified by the Broward County Medical Examiner’s Office as FHP reports.

Police said the victim was leaving the theme park after a visit with her parents when she slipped away from them and darted between two cars.

A spokeswoman for the Florida Highway Patrol Department said the driver of the truck had stopped to render aid and was distraught after the accident. He was not expected to be charged.

“Make sure you grab your little ones because they do have a tendency to get away from you, especially in areas like this where there’s a high volume of traffic,” she said.

Fire officials said a helicopter was initially called but the request was later cancelled when the young child died at the scene.

“Broward County is heartbroken over this tragic accident,” a spokesman said in a statement. “Our focus and thoughts are with her family and our team to provide the support they need in the difficult days and weeks ahead.”

Accident attorney Jason Weisser of Schuler, Halvorson, Weisser, Zoeller and Overbeck responded to this unfortunate crash. “This is a serious accident involving a young pedestrian, which ultimately, resulted in the death of a young girl. We hope the investigators can quickly determine what caused the accident so that the family and friends of the victim can get justice and have a closure. Please be careful and obey the speed limits whenever you are driving a motorcycle, car, SUV or truck. We hope that all parties involved consult with an experienced trial lawyer. If you have been injured in an accident, call my office for a free consultation and find out what your rights are.”