Roads closed and traffic is being diverted as local authorities are looking into a bicyclist accident.

The crash killed a man and it involved a Broward Sheriff’s Office deputy in Pompano Beach. 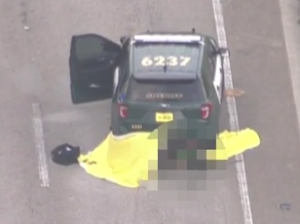 The crash happened just after 3 p.m. in the 1500 block of N. Dixie Highway. The bicyclist, whose name wasn’t released, was killed at the scene.

Officials said the deputy was responding to a call in a SUV but didn’t have lights or sirens on when the cyclist was struck. They were both traveling in the same direction, but it’s possible the person wobbled or fell off the bike before impact, officials said.  It is unclear at this time who is at fault but this story will be updated as more information from authorities is released. 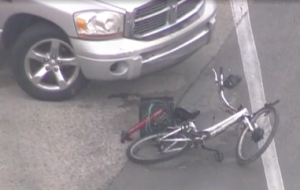 Bicycle that was struck

Attorney Jason Weisser of Shuler, Halvorson, Weisser, Zoeller and Overbeck responded to this accident:   “It is a tragedy when anyone is killed or injured in an accident involving a bicyclist.  We hope for the families sake that the truth about the cause of the accident is learned quickly.   If you were injured in an accident and want to discuss your rights, please contact my office for a free consolation”.

The post Bicyclist Has Died After Being Struck Broward County Sheriffs Deputy In Pompano Beach appeared first on Traffic Center.