A man is dead and another suffered serious injuries after a street car race which ended in a crash in Delray Beach. The crash involved two luxury sports cars; a Lamborghini and a Porsche.

The accident happened just around Northwest 6th Avenue in Delray where a yellow Lamborghini and a yellow Porsche were traveling at a high rate of speed on city streets. The Lamborghini crashed into a Buick Enclave at Northeast 1st Street, injuring both drivers. 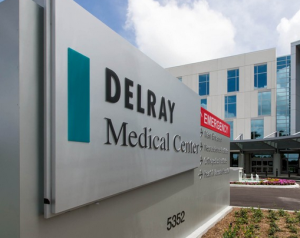 Police and Fire Rescue arrived on the scene soon after the accident happened and both drivers were treated at the scene before transporting them to Delray Medical Center. The Buick driver later died at the hospital because of his injuries. The Lamborghini driver is in serious condition.

Investigators said the Porsche driver, a woman, was the significant other of the Lamborghini driver. She parked her vehicle in a nearby restaurant parking lot and fled the scene. Traffic homicide investigators are conducting the investigation.  Anyone with information about the crash or the whereabouts of the Porsche driver is asked to contact Crime Stoppers of Palm Beach County.

Northeast 1st street to Northwest 6th Avenue in Delray will remain closed until authorities are able to clear the scene.  Vehicles on this route are pulling to the roadside to allow crews work. Some are pulling into nearby side streets. The delay of traffic on this route is due to the severity of the crash. It is best to use an alternative route.  Please drive with caution and stay safe.

Accident attorney Jason Weisser of Schuler, Halvorson, Weisser, Zoeller and Overbeck responded to unusual accident:   “This is serious accident in Delray Beach.   We hope for everyone’s sake that it can be quickly discovered what the cause was.  It has been indicated that the drivers may have been traveling at a high rate of speed and possibly racing.  Please be careful and obey the speed limits whenever you are driving a motorcycle, car, SUV or truck. We hope that all parties involved consult with an experienced trial lawyer.  If you have been injured in an accident, call my office for a free consultation to find out what are your rights”.