A 26-year-old Martin County woman was killed in a crash in Port St. Lucie, authorities say. 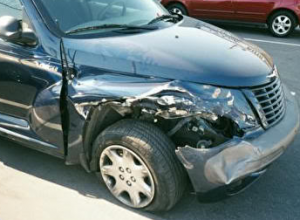 Port St. Lucie police say a 26-year-old woman was traveling on SW Del Rio Blvd. in a Chrysler PT Cruiser and was making a turn onto SW Port St. Lucie Blvd. when she was T-boned by a 2007 Hyundai Santa Fe, driven by a 17-year-old teenager.

The woman’s vehicle sustained heavy damage and she was pronounced deceased at the scene by Fire Rescue personnel. The teenage driver who hit her was unresponsive at the scene and was transported to Lawnwood Medical Center as a trauma alert. He is currently in a stable condition.

Police say their initial investigation and roadway evidence indicates that the teenager was traveling at a high rate of speed when the crash occurred.

Their investigation into the cause of the crash continues. The fatal crash is causing delays on SW Del Rio Blvd. in Martin County. Motorists should expect delays.

Accident attorney Jason Weisser of Schuler, Halvorson, Weisser, Zoeller and Overbeck responded to this unfortunate crash. “This is a serious accident involving two vehicles, which ultimately, resulted in the death of a woman in Port St. Lucie. We  hope the investigators can quickly determine what caused the accident. Please be careful and obey the speed limits whenever you are driving a motorcycle, car, SUV or truck. We hope that all parties involved consult with an experienced trial lawyer. If you have been injured in an accident, call my office for a free consultation and find out what your rights are.”