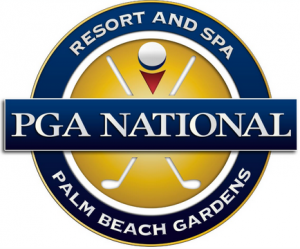 The site of the crash is near PGA National Park in Palm Beach Gardens.

A driver lost control of his car and crashed into another car at the intersection of Northlake Blvd while driving South on Ryder Cup Blvd. According to an eyewitness report, the other driver who had the right of way couldn’t stop fast enough to prevent the crash.

First emergency responders arrived promptly to the crash site to rescue the crash victims. One person is critically injured while others sustained mild to moderate injuries. The injured victims have been transported to the trauma unit by the authorities.

The severity of the crash and rescue of victims has led to serious traffic congestion. Commuters on this route are currently held in traffic.

Cars are seen pulling into nearby Discovery Village at Palm Beach Garden and shopping mall parking lot. Others close to the crash site are taking a detour through N Jog Road.

To avoid delays, we suggest that you avoid this route and take alternate routes. A good alternate route to use in this case is N Jog Road and Hiatt Drive.

Accident attorney Jason Weisser of Schuler, Halvorson, Weisser, Zoeller and Overbeck responded to this unfortunate crash. “This is a serious accident involving two vehicles which ultimately, resulted in injuries. We wish the victims a speedy recovery and hope the investigators can quickly determine what caused the accident. Please be careful and obey the speed limits whenever you are driving a motorcycle, car, SUV or truck. We hope that all parties involved consult with an experienced trial lawyer. If you have been injured in an accident, call my office for a free consultation and find out what your rights are.”