Woman Ejected From Vehicle In Two-Vehicle Crash In Vero Beach

A woman was thrown from a vehicle at the intersection of 27th Avenue SW and 15th Street SW, authorities say. 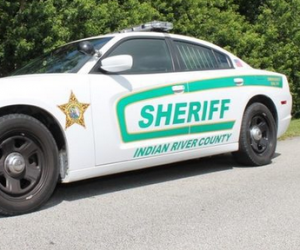 According to the Indian River County Sheriff Department, a rescue crew responded to a crash at the intersection of 27th Avenue SW and 15th Street SW in Vero Beach.

According to an eyewitness report, a woman was thrown from her vehicle after a collision with a speeding vehicle traveling west on 27th Avenue SW.  According to the crash report, the other driver was traveling in a white Volkswagen sedan. No other information has been given.

First emergency responders arrived shortly after the crash. When officials of the Indian River County Sheriff arrived on the scene, they found a woman in her twenties who had been killed. The body was found on the right shoulder. The victim has not been identified.

The westbound lanes of 27th Avenue SW were closed near 15th Street SW for about seven hours, but have since reopened. Investigations are still ongoing to ascertain the cause of the crash and if any of the drivers was driving under influence.

Drivers are advised to use alternative routes until the accident scene has been cleaned and cleared.

Accident attorney Jason Weisser of Schuler, Halvorson, Weisser, Zoeller and Overbeck responded to this unfortunate crash. “This is a serious accident involving two vehicles, which ultimately, resulted in a casualty. We wish the victim a speedy recovery and hope the investigators can quickly determine what caused the accident. Please be careful and obey the speed limits whenever you are driving a motorcycle, car, SUV or truck. We hope that all parties involved in the accident consult with an experienced trial lawyer. If you have been injured in an accident, call my office for a free consultation and find out what your rights are.”