A woman was pulled out of an overturned car after a crash along US Route I-95 in Palm Beach Gardens. 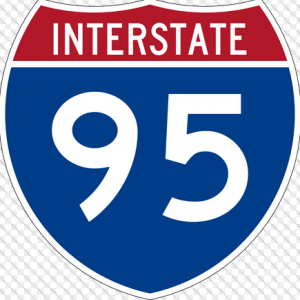 A spokes person for the Florida Highway Patrol says a woman was left with minor injuries after her car collided with a guardrail along US Route I-95.

The Chevrolet Cruze finally came to rest in an overturned position, with the driver dangling by her seat belt.

The driver of the Kia reportedly stopped to assist the 26 year old woman, pulling her out of the overturned car before emergency services arrived. The victim was taken to the hospital for treatment.

Police say the driver of the Kia Sportage admitted to dosing off behind the wheel for a second, cutting off the Chevrolet in the process.

No charges have been filed yet, but Police are carrying out a full investigation into the crash.

Accident attorney Jason Weisser of Schuler, Halvorson, Weisser, Zoeller and Overbeck responded to this unfortunate crash. “This is a serious accident involving two vehicles, which ultimately sent one person to the hospital. We wish the victims a quick recovery and hope the investigators can quickly determine what caused the accident. Please be careful and obey the speed limits whenever you are driving a car, motorcycle, SUV, or truck. We hope that all parties involved consult with an experienced trial lawyer. If you have been injured in an accident, call my office for a free consultation and find out what your rights are.”