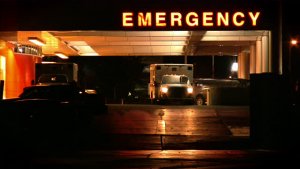 One person died and five others were injured in the three-vehicle wreck that took place near mile marker 114 between PGA Boulevard and Indiantown Road exits.

As the Tahoe was rolling, a tractor-trailer struck it, flipping the SUV and leaving at least two people trapped inside, FHP spokesman said

The person who died was riding in the Tahoe, FHP said. The person’s identity was not made public.

Rescue crews arrived at the scene and used extraction tools to cut the trapped people out of the vehicle, a Palm Beach County Fire Rescue spokesman.

Six people were taken to a hospital, and at least one of them was flown there by Trauma Hawk, FHP said.  According to recent report, the driver of the SUV was in critical condition, and the Tahoe’s three other passengers were in serious condition. The driver of the maintenance vehicle had sustained minor injuries.

Accident attorney Jason Weisser of Schuler, Halvorson, Weisser, Zoeller and Overbeck responded to this unfortunate crash. “This is a serious three-vehicle accident involving a maintenance vehicle, which ultimately, resulted in injuries. We wish the victim a speedy recovery and hope the investigators can quickly determine what caused the accident. Please be careful and obey the speed limits whenever you are driving a motorcycle, car, SUV or truck. We hope that all parties involved consult with an experienced trial lawyer. If you have been injured in an accident, call my office for a free consultation and find out what your rights are.”