A driver who struck two Girl Scouts and a mother along a Wellington highway was huffing chemicals prior to the crash, police said. 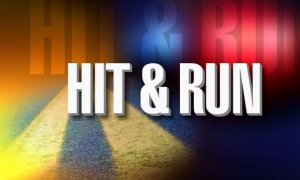 The 32-year-old turned himself in to police after the crash in Boca Raton that also sent another girl to the hospital, the post reports.

Police identified the victims as an 11-year-old , a 7-year old and their 35-year-old mother. They were picking up trash along the highway when they were cut down.

Another girl who was not immediately identified remained hospitalized in stable condition, according to the newspaper.

The man was scheduled to appear in court. He’s expected to face 9 possible charges.

Police and witnesses said, the man was speeding on the highway when his truck veered into a shallow ditch where the girls were picking up trash.

The man and his unidentified passenger both admitted to huffing chemicals prior to the crash, police said. He has a previous conviction for drunken driving.

The injured girls were students at the elementary schools in Palm Beach County where grief counselors were on hand as classes.