A family of six, whose vehicle hit a BMW and plunged into a flooded river in Palm Beach County, have been confirmed dead. 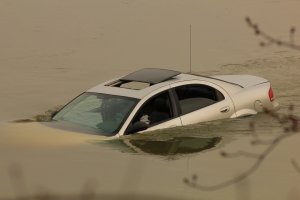 The body of a 44-year-old was found in an area previously covered by floodwaters, miles from where witnesses reported seeing the family’s maroon Honda Pilot striking a BMW before falling into a river near Wellington, reports the Florida Highway Patrol.

Searchers smelled gasoline a half-mile north of the reported crash site and found the vehicle submerged, with the bodies of a 44-year-old, a 13-year-old girl and a 33-year-old inside, the Palm Beach County Sheriff’s Office announced.

The body of an18-year-old boy was found submerged in the river, six miles north of the crash site, reports the FHP.

The family whose personal items were also found in the river had been traveling from Boynton Beach to their home in Martin County.

FHP reports showed that two people in the BMW were injured and are currently being attended to medical officials.

Authorities now believe the family’s vehicle pulled into a turnoff on Highway 101, about 200 miles northwest of Wellington, after hitting the BMW before plunging into the river.