A 23-year-old was injured in a car crash in Broward County. 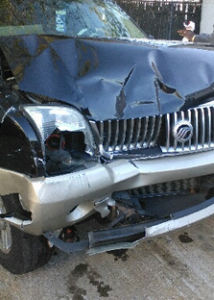 Her car left the road and crashed into a truck before crashing into the guardrail and pushing her into the backseat.

The  35-year-old truck driver sustained minor injuries in the crash.

Only a week earlier, the Broward County authorities had decided to stop using that specific type of guardrail over concerns about how it performed in crashes over 45mph. The speed limit on the road where the accident occurred was 70mph.

The Martin County Department of Transportation sent a bill tot he woman to replace the guardrail but has since apologized, saying it was a mistake somewhere in processing and the family doesn’t have to pay it.

The department says it doesn’t usually send bills de to damage caused by accidents. FHP says it will be removing the guardrails from roads with speed limits greater than 45mph.

FHP said the crash is still under investigation.