A car crash occurred on Whitaker Drive in Boca Raton. 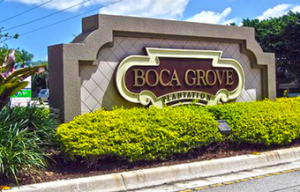 A man, 56, and his wife, 48, from Fort Lauderdale lost their lives after they lost control of the car at a sharp bend. This happened on Whitaker Drive.
According to reports, this couple had come to visit a friend. They were out sightseeing before the unfortunate incident. Unfortunately, this led to the loss of two lives.
This is a vehicle crash has  the left turning lane blocked, authorities have reported.
At the time first emergency responders have arrived at the scene.  The driver and his wife, who was his only passenger died from injuries sustained in the crash.
There are long traffic delays currently on Whitaker Drive because of this crash.
Vehicles on this route are pulling to the roadside to allow authorities to work. Others are making a detour through side streets such as Campo Florido and Mandarin Drive.
The traffic jam has extended to some part of Boca Grove Boulevard.
To avoid delays, we advise that you avoid this route and take alternate routes. A good alternate route to use in this case is Glades Road or Florida’s Turnpike.
Please drive with caution and stay safe on the road.  It is expected to be updated in the next hour.
Comments from Jason Weisser:
Attorney Jason Weisser of Schuler, Halvorson, Weisser, Zoeller and Overbeck comments on this accident in with one dead in Port St. Lucie:  “This is a serious accident that unfortunately claimed a life.  We hope that the family can quickly find out the cause of the accident so they can get some closure . If you’ve been injured in an accident, make sure you are properly represented by an experienced trial accident attorney.”