Crash Leads To Car Fire on I-95 in Delray Beach

A two-vehicle crash caused one of the vehicles to catch fire along southbound Interstate 95 in Delray Beach. The crash occurred near the Atlantic Avenue exit. 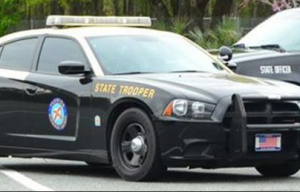 The occupants of both vehicles were injured, said Lt. Alvaro Feola, spokesman for the Florida Highway Patrol. Both drivers were taken to Delray Medical Center. Their conditions are stable and their injuries are not considered life-threatening, the Palm Beach Sheriff’s office said.

The driver may be charged with aggravated fleeing and eluding and driving with a suspended license, troopers said. As of the time of filing this report, one lane of traffic remains closed with traffic backed up to Woolbright.  The crash is being investigated by Florida Highway Patrol.

Delray Beach accident attorney Jason Weisser of Schuler, Halvorson, Weisser, Zoeller and Overbeck responded to this unfortunate accident:   “This is a tragic accident here in Palm Beach County.  It is especially tragic whenever there are injuries and someone speeding is involved.  We hope for the families sake that they can find some closure in a short amount of time.  Please be careful whenever you are driving a motorcycle, car, SUV or truck.  If you have been injured in an accident, call my office for a free consultation to find out what are your rights”.