Driver Crashes Into Deliveryman On Bicycle In Martin County

U-Haul cargo van crashes into a deliveryman on a bicycle in Martin County, authorities said. 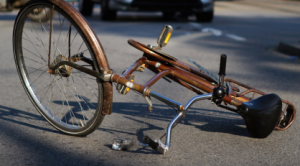 The was behind the wheel of a U-Haul cargo van when he collided with the bicyclist on Broadway near Eastbound Street in front of a supermarket, authorities said.

“I saw them take the guy (bicyclist) away. I think he was bleeding, middle-aged,” a witness said. “I think he was really injured.”

The bicyclist was rushed to Delray medical hospital in critical condition. He is expected to survive.

The driver remained at the scene of the accident and answered questions from the police. Police said the crash appeared to be an accident and no charges will be filed.

Accident attorney Jason Weisser of Schuler, Halvorson, Weisser, Zoeller and Overbeck responded to this unfortunate crash. “This is a serious accident involving a deliveryman on a bike, which left him hospitalized in a critical condition. We hope the investigators can quickly determine what caused the accident. Please be careful and obey the speed limits whenever you are driving a motorcycle, car, SUV or truck. We hope that all parties involved consult with an experienced trial lawyer. If you have been injured in an accident, call my office for a free consultation and find out what your rights are.”