Driver Trapped in Wreckage After Fatal Crash on U.S. Route I-95

A 37-year-old driver was trapped in the wreckage of his car after a fatal crash on northbound U.S. Route I-95 in West Palm Beach. 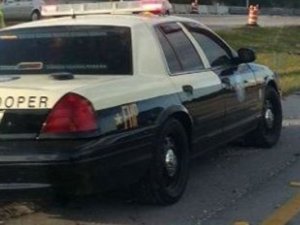 Authorities say the 37-year-old man traveled northbound in his Dodge Avenger when he lost control of his vehicle and collided against the side of a semi-trailer truck.

Consequently, the impact of the crash sent both vehicles drifting towards the right shoulder of the road. Additionally, the driver of the semi truck struggled to regain his balance as the truck swayed from side to side.

The vehicles continued in their trajectory, clearing a light pole, before the semi truck lost balance and rolled onto its side. The Dodge Avenger sustained heavy damage, all the while entangled with the trailer as it cleared its way towards its resting place.

Emergency services were on scene to attend to the injured victims. Firefighters had to
use the jaws-of-life to pry open the wreckage and rescue the trapped driver of the Dodge Avenger. The 37-year-old driver sustained multiple fractures and severe lacerations. Paramedics transported him to the hospital in an extremely critical condition.

Meanwhile, the driver of the semi truck also sustained injuries in the crash; paramedics transported him to the hospital for treatment as well. The FHP said the cause of the crash remains unknown, and investigations will be delayed pending the time that both victims recover from their injuries.

More information will be provided as investigations progress.

Accident attorney Jason Weisser of Schuler, Halvorson, Weisser, Zoeller and Overbeck responded to this unfortunate crash. “This is a serious crash which ultimately sent two people to the hospital in West Palm Beach. We wish the victims a quick recovery. Remember, traffic laws exist to ensure your safety, so please observe them. We hope that all parties involved consult with an experienced trial lawyer. If you have been injured in an accident, call my office for a free consultation and find out what your rights are.”