Eight People In Critical Condition After Bus Collided With Truck

A fiery head-on collision between a tractor trailer and a bus carrying a delegation of young athletes in Palm Beach County injured eight people, according to the Florida Highway Patrol and local media reports. 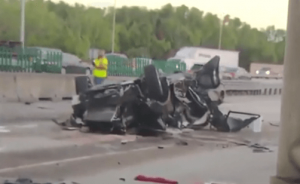 The FHP authorities said, the crash took place in the district of Delray Beach near Wellington.

A video shows the flaming wreckage of the tour bus, which caught fire after hitting what the newspaper identified as a tanker truck carrying hydrocarbons.

According to details provided by a news site, the bus was carrying young athletes and officials that were involved in a national sports competition.

Newspapers reported that the athletes were from Martin County and from Boynton Beach.

It added that a 34-year-old celebrated 10-kilometer runner was among the injured victims.

Although there are modern highways between the main cities, the rest of the county is served by two-lane roads, often in poor condition and reckless driving habits.

FHP said, the cause of the crash is still under investigation and urge anyone with additional information to contact the department.