One person killed in wrong-way crash on southbound I-95, FHP reports.

According to the Florida Highway Patrol, a fatal wrong-way driver crash shut down southbound Interstate 95 lanes near Boynton Beach Boulevard for several hours. 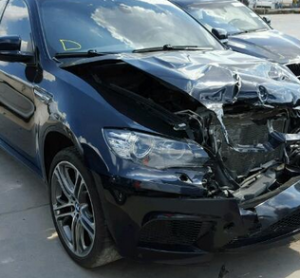 The crash happened minutes after FHP received a call of a speeding driver going northbound in the southbound lanes. A BMW crashed head-on with a water truck parked in the closed express lanes.

First emergency responders arrived shortly after the accident happened. The driver was pronounced dead at the scene.

Traffic was clogged more than usual, and when another lane-blocking crash occurred near Woolbright Road, drivers out of Palm Beach County were advised to avoid I-95 altogether. They had to consider alternative options.

Accident attorney Jason Weisser of Schuler, Halvorson, Weisser, Zoeller and Overbeck responded to this unfortunate crash:   “This is serious accident with that left one dead in Boynton Beach in Palm Beach County.  At this time we don’t know what happened to cause the driver to get head the wrong way on I-95.  We hope for everyone’s sake that it can be quickly discovered what the cause was.  Please be careful and obey the speed limits whenever you are driving a motorcycle, car, SUV or truck.  We hope that all parties involved consult with an experienced trial lawyer.  If you have been injured in an accident, call my office for a free consultation to find out what are your rights”.