Four people, including two children, were sent to the hospital after a fatal crash on U.S. Route I-95, in Delray Beach. 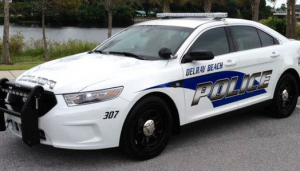 Police are investigating a fatal crash on U.S. Route I-95 which left two cars badly damaged and sent four people to the hospital in Delray Beach. Emergency first responders were on the scene to attend to the injured victims after the crash.

According to authorities, a Ford Edge was traveling northbound on U.S. Route I-95, south of West Atlantic Avenue, when it slowed down as it tried to navigate its way into an exit ramp.

The driver of the vehicle and his front seat passenger suffered fractures and lacerations in the crash. EMS rushed them to the nearest hospital in an ambulance.

Meanwhile, the driver of the box truck did not receive injuries in the crash. According to the Florida Highway Patrol, the driver was not intoxicated when the crash occurred. Police are investigating a mechanical fault as a factor in the crash.

Accident attorney Jason Weisser of Schuler, Halvorson, Weisser, Zoeller, and Overbeck responded to this unfortunate crash. “This is a serious accident involving two vehicles which ultimately sent four people to the hospital with serious injuries. We wish the victim a quick recovery and hope the investigators can quickly determine what caused the accident. Please be careful and obey the speed limits whenever you are driving a car, motorcycle, SUV, or truck. We hope that all parties involved consult with an experienced trial lawyer. If you have been injured in an accident, call my office for a free consultation and find out what your rights are.”