Four people were transported to a hospital after a crash between a vehicle and a motorcycle on the Florida Turnpike, according to Florida Highway Patrol.

The crash happened on the Florida Turnpike near Mile Marker 159 in Martin County. Reports from the scene indicate that two people were on the motorcycle when it collided with a car. 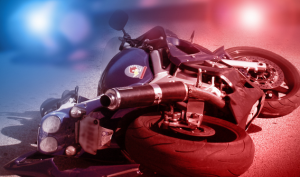 A 52-year-old man was driving the motorcycle with a 45-year-old passenger at the time of the crash, and both were transferred to the hospital. The man was reportedly transported by a helicopter to a trauma center with serious injuries.  The man driving the car, and the female passenger were injured and taken by Fire Rescue to the hospital. Further information on their condition is not available at this time.

The crash shut down a section of Florida Turnpike for a period of time.  This was done so emergency services could get to the scene and help those in the crash.

The victims’ names have yet to be released and the crash is under investigation. Investigators are appealing to anyone with information to contact Police.  Details on the events leading up the collision were not readily available.  A number of emergency crews are on scene.  They are conducting traffic control as the north and south-bound lanes are blocked.   Further information is not available at this time.  Please take an alternate route to avoid this accident.  The best route would be to take I-95.

Attorney Jason Weisser of Schuler, Halvorson, Weisser, Zoeller and Overbeck responded to this unfortunate accident involving a motorcycle:   “This is another tragic reminder of why all drivers must be hyper vigilant for motorcyclists on the road.  We hope that the injured parties talk with an experienced trial lawyer to learn about their rights.  If you have been injured in an accident, call my office for a free consultation to find out what are your rights”.