A 43-year-old man was injured in a frightening accident when his scooter collided with a car in Indian County River,  according to reports. 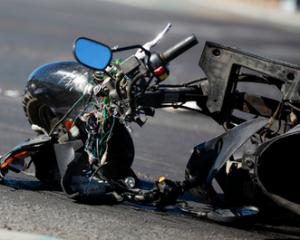 Bronx, a 43-year-old man, had just left his hotel and was riding the scooter when a Mercedes, driven by a local man from Indian County, ran into him, according to FHP.

Indian County Police reported that the car failed to stop at a turn and slammed into Bronx’s two-wheeler.

Bronx who was doing 60 mph at the time of the accident. the impact caused him fly off the scooter and into the car, shattering its windshield with his helmet, said FHP. The motorist stopped and called for help.

Bronx was taken to the hospital with slight trauma to the pelvis and bruises to one leg and an arm, according to the Indian County local newspaper. A scan showed that none of his bones had been fractured.

Police are still investigating the accident.

Accident attorney Jason Weisser of Schuler, Halvorson, Weisser, Zoeller and Overbeck responded to this unfortunate crash. “This is a serious accident involving a scooter and a vehicle, which ultimately, caused serious bodily injuries to the victim. We hope the investigators can quickly determine what caused the accident. Please be careful and obey the speed limits whenever you are driving a motorcycle, car, SUV or truck. We hope that all parties involved consult with an experienced trial lawyer. If you have been injured in an accident, call my office for a free consultation and find out what your rights are.”