A 32-year-old man from Greenwich Court in West Boca Raton is dead following a one-car crash on Palmetto Park Road near Toledo Road.

The man was westbound on Palmetto Park Road, west of Toledo Road, in the outside lane. He was reported that he was traveling at a speed well above the posted 50 mph speed limit.  This was reported by the Palm Beach County Sheriff’s Office. 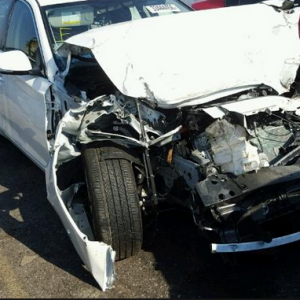 The roadway was wet from a recent rain shower and the tires on his 2012 Infiniti had low tread depth. He lost control of the Infiniti and the vehicle struck and mounted the raised center median. The right front of the car impacted with a tree and rotated in a counterclockwise direction.  This was as it moved in the southwest direction.

The left rear of the car then collided with a second tree. The vehicle came to rest in the center median against the second impacted tree.

First emergency responders arrived at the site of the crash soon after the accident happened and the victim was transported to Delray Medical Center where he was pronounced dead.

Delray Beach attorney Jason Weisser of Schuler, Halvorson, Weisser, Zoeller and Overbeck comments on tragic accident with one death in Boca Raton:   “This tragic accident shows how traffic accidents and deaths from accidents can happen anywhere. If you or a loved one has been injured in an accident, make sure you are properly represented by an experienced trial accident attorney.”