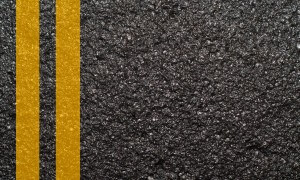 A 77-year-old man got out of his car and was trying to cross the street when he was hit and critically injured by a car. The man’s name has not been released. He was taken to a hospital after he was struck with critical injuries.

The crash happened at Silver Beach Road at Congress Avenue. The 50-year-old woman who hit the man wasn’t hurt. She was driving a 2010 BMW at the time, police said.

The woman had been traveling east while the man walking was driving west on Silver Beach Road. Somehow, the man’s car became disabled, so he got out of the vehicle and tried to walk from the north to the south side of the street, police said.

The BMW driver was unable to avoid the man as he walked in front of her car, police said.

First emergency responders arrived at the site of the crash soon after the accident happened and the victim was transported to a Regional Hospital for treatment.

Accident attorney Jason Weisser of Schuler, Halvorson, Weisser, Zoeller and Overbeck responded to this unfortunate crash. “This is a serious accident involving a vehicle, which ultimately, resulted in a man suffering extensive auto crash injuries. We wish the victim a speedy recovery and hope the investigators can quickly determine what caused the accident. Please be careful and obey the speed limits whenever you are driving a motorcycle, car, SUV or truck. We hope that all parties involved consult with an experienced trial lawyer. If you have been injured in an accident, call my office for a free consultation and find out what your rights are.”