Traffic stopped on I-75 northbound while first responders help an injured man after a is in an accident.

Florida Highway Patrol is on the scene of this serious accident with injuries in Broward County.  A large truck lost control and was involved in an accident today on I-75 heading northbound. 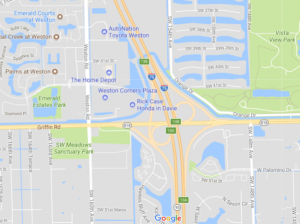 Traffic is backed up heading north for 3 miles and there are also onlooker delays heading southbound.

The post Overturned Truck on I-75 closes ramp at Griffin Road with one injury reported appeared first on Traffic Center.