A Palm Tran bus’s tire flew off its axle and caused crashes on I-95 in Boynton Beach, a Palm Tran spokesman said.

A Goodyear technician, that worked on the bus, was distracted by a phone call.   He failed to properly tighten the bus tire, leading to a crash. 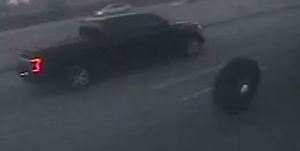 Surveillance video showed the worker put the lug nuts on the tire without torquing them, spokesman Joe Harrington said.

The crash took place in the northbound lanes near Woolbright Road. The left rear wheel flew off, sending the bus veering across the highway and slamming into a pickup. The collision sent the pickup into the highway’s center wall, where it downed a light pole. The tire shot over the wall and hit a southbound car, the Florida Highway Patrol said.

The crash slowed traffic for miles in both directions for more than one hour.

There was no one on the bus at the time of the crash except for the driver. Two people sustained injuries in when the bus collided with them.   It is unknown at this time the extent of their injuries.

“The wheel was not properly tightened by the installer. The technician who performed the installation is no longer working with Goodyear,” Goodyear’s report read in part.

Stronger procedures to prevent distraction also will be put in place. Harrington expects Goodyear to guarantee these new procedures in writing.

Attorney Jason Weisser of Schuler, Halvorson, Weisser, Zoeller and Overbeck comments on this accident:  “This is a serious accident that unfortunately could have been avoided.  Extra precautions must be taken considering that these vehicles will be typically transporting families and children. Thankfully none were on board during this accident.     We hope that the victims retain proper legal council to represent them.  If you’ve been injured in an accident, make sure you are properly represented by an experienced trial accident attorney.”