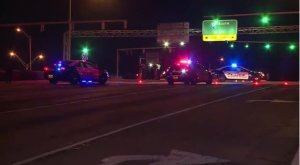 First emergency responders arrived at the scene of the accident shortly after the accident happened. Meehan was pronounced dead on the scene.

Eyewitnesses at the scene reported that a red 2013 Dodge Durango SUV struck Patrick Meehan who was walking across the street. A witness who lived nearby added that the vehicle continued traveling westbound on PGA Blvd after it struck the pedestrian.

Police placed him under arrest and charged him with failing to remain at the scene of a traffic accident involving death.

Patrick Michael Meehan was an English teacher at Palm Beach Gardens High School until 2017 when he retired. Principal Larry Clawson said Meehan was a good guy who cared greatly about his students and they were comfortable around him.

Accident attorney Jason Weisser of Schuler, Halvorson, Weisser, Zoeller and Overbeck responded to this unfortunate crash. “This is a serious SUV accident involving a pedestrian, which ultimately, resulted in the death of the victim. We hope the investigators can quickly determine what caused the accident. Please be careful and obey the speed limits whenever you are driving a motorcycle, car, SUV or truck. We hope that all parties involved consult with an experienced trial lawyer. If you have been injured in an accident, call my office for a free consultation and find out what your rights are.”