A pedestrian is dead and a driver is in critical condition after a two-car crash in Hallandale Beach, authorities say. 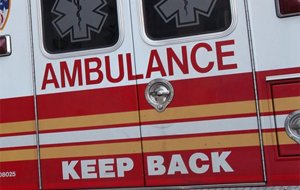 Two drivers were involved in an altercation near Atlantic Shores Boulevard and Northeast 12th Avenue. The driver of a white van tried to leave, but hit another car, said Hallandale Police Sgt. Pedro Abut.

A pedestrian was critically injured in the crash, but police were still determining the details. He was taken to Aventura Hospital and Medical Center where he died.

The van’s driver had life-threatening injuries and was taken to Memorial Regional Hospital in Hollywood, Abut said. The two people in the damaged car were not injured.

There were some reports of gunshots and detectives were at the scene investigating, Abut said. Parts of Atlantic Shores Boulevard and Northeast 12th Avenue were closed.

“There are a lot of moving parts that we are putting together,” Abut said.

Police are looking for the driver of a black Mazda SUV involved in the original altercation. The license plate number is unknown, Abut said.

Accident attorney Jason Weisser of Schuler, Halvorson, Weisser, Zoeller and Overbeck responded to this unfortunate crash. “This is a serious accident involving three vehicles, which ultimately, resulted in the death of a person. We hope the investigators can quickly determine what caused the accident so that the family and friends of the victim can get justice and have a closure. Please be careful and obey the speed limits whenever you are driving a motorcycle, car, SUV or truck. We hope that all parties involved consult with an experienced trial lawyer. If you have been injured in an accident, call my office for a free consultation and find out what your rights are.”