A  Riviera Beach police officer was injured in a 2-vehicle crash on U.S. 1 and West Blue Heron Boulevard. Deputies with the Palm Beach County Sheriff’s Office are investigating the crash involving this Riviera Beach Police Officer.

The crash has shut down the road to all traffic on U.S. 1 and West Blue Heron Boulevard. 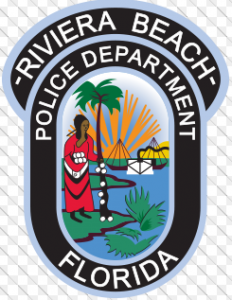 According to a report by WPBF news website, the police officer was on duty when a car crashed into the vehicle he was in at the intersection of West Blue Heron Boulevard and U.S. 1, according to police officials. This led to a crash with injuries. Paramedics arrived at the scene shortly after the accident happened.

The name of the officer involved or the other driver is yet to be released by Police officials. Palm Beach County Sheriff’s deputies are still investigating the crash, which involved two cars. No further information is available at the time of this report.

Accident attorney Jason Weisser of Schuler, Halvorson, Weisser, Zoeller and Overbeck responded to this unfortunate crash:   “This is a tragic accident here in Riviera Beach.  It is especially unsettling to see a crash that involves a police officer.   At this time it is not completely clear what the cause of the accident was.  Please be careful whenever you are driving a motorcycle, car, SUV or truck.  It is always best to contact an experienced trial lawyer if you’ve been a victim in an accident.  If you have been injured in an accident, call my office for a free consultation to find out what are your rights”.