Police are investigating a crash with injuries in Palm Beach County.

The crash was located on I-95 at the exit to Linton Boulevard in Delray Beach. 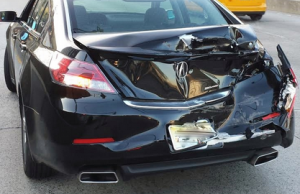 This was a two car accident that involved an Acura and Ford on I-95.    The Ford rear-ended the Acura in a very violent crash.   Several people were injured.  According to reports,  at least one has major injuries.

This is a vehicle crash with injuries that has several lanes of I-95 blocked, the Florida Highway Patrol is reporting.  Vehicles on this route are pulling to the roadside to allow authorities work.

To avoid delays, we advise that you avoid this route and take alternate routes.  It is best to exit I-95 via Glades Road if you are approaching this accident from the south.  If you are traveling southbound on I-95 get off at Atlantic Blvd.

The post Several Injured In Crash On I-95 Near Linton Boulevard In Delray Beach appeared first on Traffic Center.