A 39-year-old Texas resident died in a two-vehicle crash at the intersection of 45th Street and Greenwood Avenue near St. Mary’s Medical Center in West Palm Beach, police spokesman said. 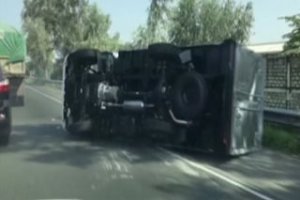 The 39-year-old man from West Tawakoni, a city 50 miles east of Dallas, died after his Mercedes Benz CLK 320 was hit by a maroon color SUV at the corner of 45th Street and Greenwood Avenue in West Palm Beach.

Police said that a woman traveling in the SUV was speeding and that alcohol may have been a factor in the crash.

The adult driver of a Ford SUV was speeding when the vehicle crashed into a Mercedes Benz CLK 320 at 45th Street and Greenwood Avenue, police said.

According to police, the driver was the only one in the vehicle at the time of the incident. No other injuries were reported.

The intersection is closed due to wreckage while investigations are being carried out at the scene of the crash, police said.

Accident attorney Jason Weisser of Schuler, Halvorson, Weisser, Zoeller and Overbeck responded to this unfortunate crash. “This is a serious two-vehicle accident near Greenwood Avenue involving a Sports Utility Vehicle, which ultimately, resulted in the death of a Texas man. We hope the investigators can quickly determine what caused the accident so that the friends and family of the victim can get a closure. Please be careful and obey the speed limits whenever you are driving a motorcycle, car, SUV or truck. We hope that all parties involved consult with an experienced trial lawyer. If you have been injured in an accident, call my office for a free consultation and find out what your rights are.”