The wreck happened near Lantana Road and Strawberry Lakes Circle, according to the Palm Beach County Sheriff’s Office and FHP. 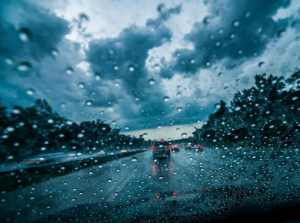 A 2003 Honda Civic, driven by 28-year-old Felix Clinton of Boynton Beach, was traveling in the middle lane of eastbound Lantana Road.

Palm Beach Sheriff Office said, the vehicle was going at a speed higher than the posted speed limit. The road was also wet from recent rain.

Witnesses said, the vehicle abruptly changed lanes to the outside and lost control. The car struck and a 2018 Honda Odyssey driving on the opposite lane.

A PBSO report said, the vehicle then traveled on the sidewalk and Felix overcorrected to the left.

The Honda then reentered the road and Felix overcorrected to the right, putting the Civic into a counterclockwise rotation.

The car then slid sideways across the intersection of Strawberry Lakes Circle and struck a Honda Accord driven by a 22-year-old Delray Woman.

The vehicle went airborne and the driver side of the car then hit a cement barrier sign.

Both Felix and his passenger of Boynton Beach were pronounced dead at the scene by Fire Rescue.

The driver of the 2018 Honda Odyssey and his 14-year-old son suffered minor injuries and were transported to a nearby clinic. The 22-year-old woman driving the Honda Accord was the only occupant in her car. She was later confirmed dead at the hospital.