Victim killed in a fatal motorcycle crash has been identified, according to the Florida Highway Patrol. 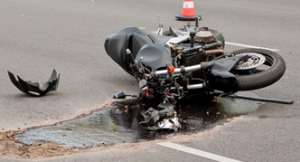 Alexander Felipe Mendez, 30, of Pembroke Pines, was riding a black 2004 Honda 1000RR at a high rate of speed when he lost control and hit a metal guardrail, according to the Florida Highway Patrol crash report.

It happened on the northbound side of the portion of the highway that goes east before routing drivers to the turnpike’s mainline and the Golden Glades Interchange.

Mendez was ejected and died at the scene but the motorcycle continued down the roadway and struck the rear driver’s side wheel of a tractor trailer, the report stated.

The 53-year old tractor trailer driver of Miami, pulled onto the shoulder of the turnpike, investigators and Florida Highway Patrol officials said.

Eastbound traffic was backed up west of the Northwest 47th Avenue overpass and was diverted off the turnpike at the Northwest 57th Avenue/Red Road exit while the Florida Highway Patrol investigated the crash.

The roadway opened after several hours, according to the Florida Highway Patrol