A 54-year-old woman from the Coconut Creek area was killed in a crash at the intersection of W Copans Road and Blount Area, according to the Broward County Sheriff’s Department.

The woman didn’t stop at a stop sign, and the van she was driving was struck by a sport-utility vehicle that was driven by a 44-year-old Fort Lauderdale area man. 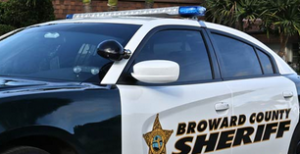 First emergency responders arrived at the site of the crash soon after the crash happened.  When police arrived they found the woman critically injured. She was rushed to the nearest medical center where she was pronounced dead on arrival. Police report that the victim sustained life-threatening injuries in the crash.

An eyewitness, who is a resident nearby described the incident as “shocking.” “It literally happened in split seconds. It’s so sad,” he added.   Roads in the area were shut down to allow investigators to investigate the crash. They estimated the roads would be closed for at least a couple of hours.  Authorities are withholding names until family can be notified.

The temporary closure of this route is due to the severity of the crash and has led to traffic delays. Vehicles on this route are pulling to the roadside to allow crews work. It is best to use an alternative route.

Accident attorney Jason Weisser of Schuler, Halvorson, Weisser, Zoeller and Overbeck responded to this unfortunate accident with a death:   “This is a tragic accident here in South Florida.  We feel for the family in this time of such a loss.  We hope that the investigation is completed in a swift manner.  Please be careful whenever you are driving a motorcycle, car, SUV or truck.  If you have been injured in an accident, call my office for a free consultation to find out what are your rights”.