Woman Charged In Car Accident That Killed Elaine May In Ft. Lauderdale

A woman has been charged with vehicular homicide, accused of driving recklessly and causing an accident that killed Elaine May.

Elaine May, 50, of Pompano Beach, was traveling south in a Nissan Maxima sedan near Lockhart Stadium along Northwest 15th Avenue prior to the accident that led to her death. Her Nissan was T-boned by an Infiniti G35 sedan driven by a 35-year-old woman of North Lauderdale, according to an arrest report. 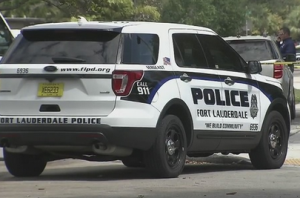 The mother of two teenage daughters and a long-time employee at AutoNation had one of her two daughters on board at the time of the crash.

A witness told Fort Lauderdale police investigators the Infiniti was speeding along West Commercial Boulevard and did not slow down before running a red light at the intersection. Investigators later calculated the traffic light had been red for at least six seconds prior to impact and that the Infiniti was traveling between 57 mph and 61 mph in a 45 mph zone, the arrest report said.

Elaine May died at the intersection. Her daughter endured life-threatening injuries including broken ribs and pelvic and backbones, police said. AutoNation chairman and CEO Mike Jackson described Elaine May as “one of the most beautiful people that you could know. … She was someone who made a difference every day.”

Accident attorney Jason Weisser of Schuler, Halvorson, Weisser, Zoeller and Overbeck responded to this unfortunate crash. “This is a serious accident involving two vehicles, which ultimately, resulted in the death of Elaine May. We hope the investigators can quickly determine what caused the accident. Please be careful and obey the speed limits whenever you are driving a motorcycle, car, SUV or truck. We hope that all parties involved consult with an experienced trial lawyer. If you have been injured in an accident, call my office for a free consultation and find out what your rights are.”