Woman Dead, Five Others Injured In A Three-Vehicle Crash In St. Lucie County 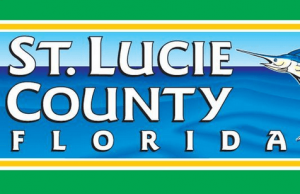 A 2003 black GMC Envoy SUV was traveling south on 130th Street when it collided with a green 1995 Chrysler that was heading east on Fort Pierce in St. Lucie County, according to the Florida Highway Patrol.

The Chrysler then spun out and hit a white box truck that was also heading east on Highland Beach Avenue.

A 53-year-old man, who was in the front passenger seat of the Chrysler, became pinned under the driver’s side of the box truck and was declared dead at Delray Medical Center.

The 30-year-old driver was also taken to a nearby hospital where she is listed in stable condition, Florida Highway Patrol officials said.

The 53-year-old driver of the SUV, along with five other passengers from ages of 7 to 14 years old, were taken to another hospital in Martin County for minor injuries. The truck driver was treated at the scene, Florida Highway Patrol officials said.

It remains unclear whether there was any criminality and police are still investigating the incident.

Anyone with relevant information concerning the crash is asked to contact the Florida Highway Patrol.